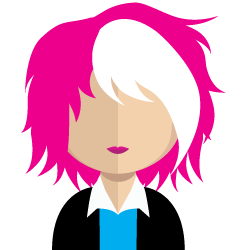 Hello, my name is Mitzi, and if you want to learn about training your pet, you'll find all the resources you need in my blog. I've always had a fond affection for animals, and through the years I've owned several dogs, cats and other pets. Training animals has many advantages, such as improving their behavior and teaching them manners. I learned how to train my pets through reading numerous training books and even speaking with professional trainers. I enjoy doing the training myself and seeing the transformation that takes place through training. If you would like to learn about training your pet, read the articles in my blog. I'm certain that after implementing these training methods, your pet will be better behaved and well mannered.

You really wanted a puppy for all the obvious reasons. These little canines are perfectly adorable, entertaining, and great companions for yourself or your children. Nevertheless, a few weeks after making that huge decision to add on a four-legged family member, you're questioning if this was ever really the best idea. Chewed chair legs, pee spots on the floor, and sleepless nights—a puppy can bring along a lot of previously unthought-of woes. But those woes don't have to stick around. With dog obedience lessons, many of those undesirable attributes of puppyhood can be worked out. Here's a look at what puppies are taught during basic obedience training with a professional trainer.

The puppy will learn how to be content without constant interaction.

Puppies often struggle with separation anxiety worse than older dogs, but if this behavior is not corrected early, it can follow a puppy into adulthood. During training, the puppy will begin to learn how to be content when there are no humans present. Several tactics are used to encourage this realization, and it can be highly effective.

The puppy will learn basic commands.

Sit, stay, heel, come—these are all important commands for a dog to know, and puppies can pick up on them rather quickly. During basic obedience lessons, your dog will also learn to recognize its name and how it is used when they are expected to do certain things. For example, the pup may learn that they should come when their name is called.

The puppy will learn that some behaviors are no okay.

Even though behavior correction in puppies can be tough, a little positive reinforcement can go a long way to help them better understand the world around them and what they should not be doing. For example, the puppy will learn that biting while playing is not a good thing, and they may be shown that certain toys are only okay to be chewed but not items that don't belong to them.

The puppy will learn how to greet you politely.

One of the biggest complaints dog owners have about a dog is that it jumps on them to greet them. While this is just a canine's way of saying they are happy to see you and want your attention, it can be a really problematic behavior. During basic training, the puppy will learn that jumping on humans is not the best way to greet them if they want positive attention.